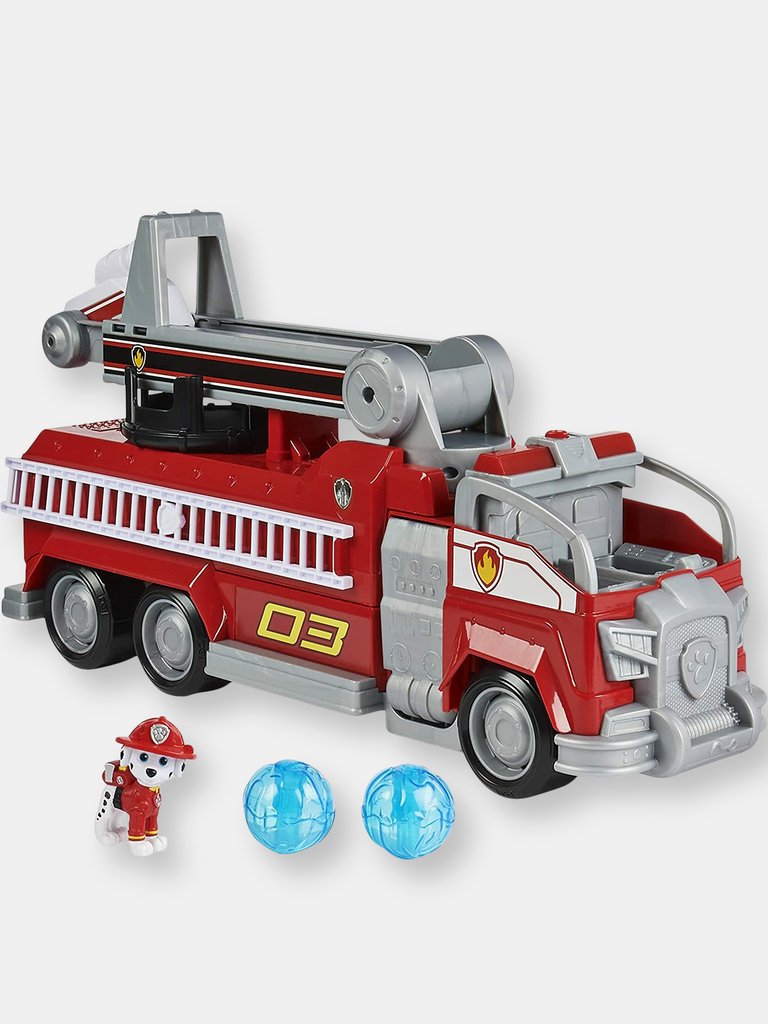 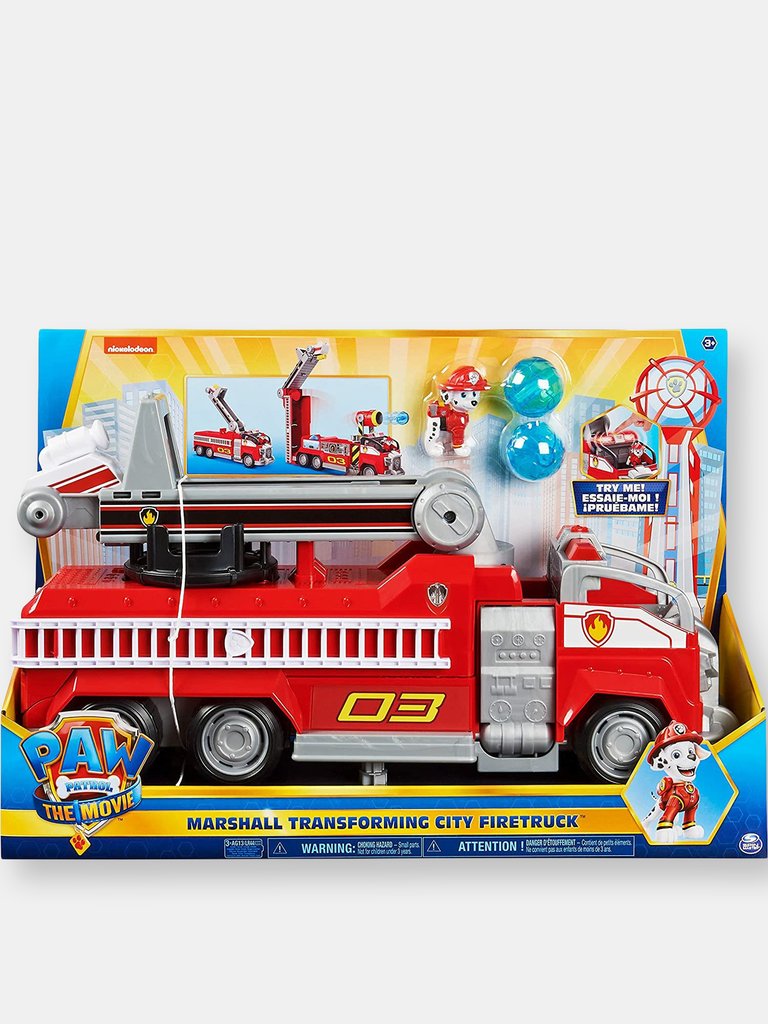 Bring the action and excitement of PAW Patrol: The Movie to life with Marshall’s Transforming City Fire Truck! It features epic transformations, an extendable and rotating rescue ladder, a massive pop-up water cannon launcher, lights, sounds and more! With so many fun features, team up with Marshall to play out your own movie-inspired rescues. Roll up to the scene and transform the truck by pulling back the top. Rotate the rescue ladder and extend it to reach tall buildings in Adventure City – it’s the tallest PAW Patrol ladder yet! Slide figures down the back of the ladder to safety, landing on the trampoline rescue net. Press the button on the inside of the fire truck to make the launcher pop up and load the projectiles (2 included). Launch water cannons and save the day!