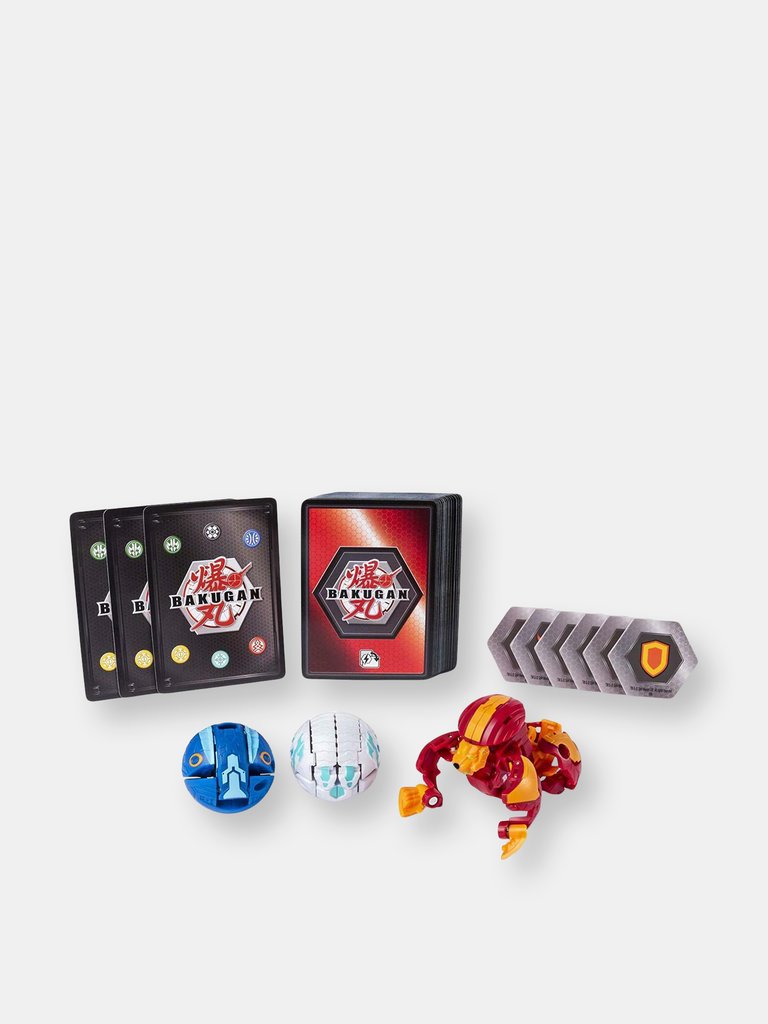 Unbox and play: everything you need to roll into action is inside the battle brawlers starter set. Take your three included Bakugan into battle and power them up with your Baku cores and 40-card deck (customized to work best with the included Bakugan).
Roll to transform: roll your Bakugan for pop open baku-action. Roll your Bakugan Ultra and it will leap open, picking up its Baku core and revealing its power. How do you roll?
Collect, trade, battle: begin your Bakugan collection with the transforming Bakugan, character cards, Baku cores and ability cards included in this pack. Then, trade with friends or head into battle!
The battle brawlers starter set is a great gift for kids aged 6 and up. Roll into baku-action with this trading card game starter set.
Includes: 1 Bakugan Ultra, 2 Bakugan, 6 Baku cores, 3 character cards, 40 card deck